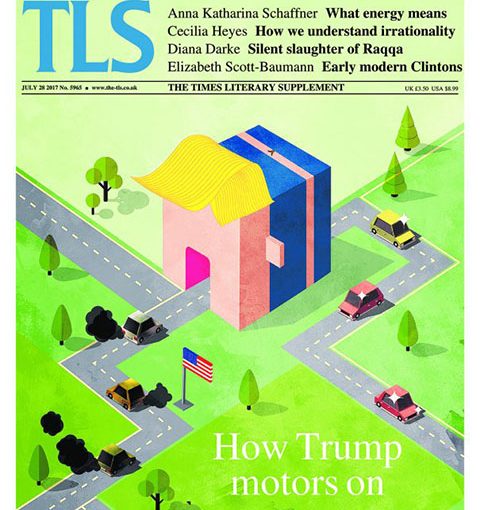 Diedrick’s account builds a picture of an intelligent and passionate advocate of women’s rights, a thoughtful writer who engaged deeply with the society in which she worked. Blind would likely have approved of this way of portraying her. As a character in her only novel (Tarantella, 1885) has it: “I’m a revolutionary at bottom … but it all goes into music with me”. –Camilla Cassidy

Camilla Cassidy reviewed Mathilde Blind: Late-Victorian London Culture and the Woman of Letters for the July 28 issue of the Times Literary Supplement (“School for Women,” p. 13), and the concluding words from her last paragraph concisely represent the spirit of the woman and culture I hoped to convey in the book:

Diedrick presents Blind herself as a vibrant figure at the centre of literary culture and social reform in fin-de-siècle London. He reveals a great talker who thrived on conversation — tellingly, she called the salon “this school for women” — and forged significant relationships with many of the people who defined her age. In its colourful patchworks of lengthy paraphrase and quotation, this biography sets different voices talking among themselves – and this seems perfectly suited to creating a bustling sense of a cultural and intellectual milieu characterized by cosmopolitan talk of the sort Mathilde Blind loved best.

Cassidy singles out my opening chapter, “The Making of a Cosmopolitan,” which presented the greatest writing challenge, since it encompasses more than 30 years of Mathilde Blind’s event-filled life:

Mathilde Blind was seven years old in 1848 when her father died; not long afterwards, she and her family were forced to flee their native Germany. Her mother and future stepfather’s political views – and occasional arrests – saw them move from place to place frequently during these years of unrest. Eventually, they settled in London, “the chief center”, as James Diedrick puts it in his vivid account of this phase of Blind’s life, “of exile politics”. Here the family got to know Marx and were visited by Mazzini and Garibaldi. This was also the place where Blind’s literary career would take shape – as Diedrick sees it, it was “the making of a cosmopolitan”.

Especially close to Blind’s heart was the so-called Woman Question. She wrote the first biography of George Eliot, and begins that book with Eliot’s view that French women made better writers because (in Eliot’s words) their “small brain and vivacious temperament … permit the fragile system of woman to sustain the superlative activity requisite for intellectual creativeness”. A “knotty and subtle problem”, Blind wryly observes, best left to “the scientist of the future”. She fervently believed in equality and was suspicious of talk about separate spheres. Women, she argued, could do much the same work as men.

Her translation of the Russian-born painter Marie Bashkirtseff’s journal includes the lines: “I have nothing of the woman about me but the envelope . . . . As for the rest, that’s quite another affair. It is not I who say this, since it seems to me that all women are like myself”. This reflection, Diedrick tells us, was widely misconstrued. Gladstone, Bashkirtseff’s most famous English advocate, had omitted the final phrase when quoting from the French edition in a review, and took the passage to mean merely that Bashkirtseff “did not possess the finer graces”. By reinstating its larger claim, Blind creates a forcefully feminist translation.

Cassidy claims that my  emphasis on Blind’s relationships with prominent male writers “feels lopsided: no woman’s work receives comparable treatment.” While I understand the reason for this complaint, a biography requires archival evidence, and Blind’s correspondence and associations with men like William Michael Rossetti, Richard Garnett, and the still underrated poet James Thomson are far better documented in the surviving archives than her friendships and expressed solidarity with Vernon Lee, Mona Caird, Rosamund Marriott Watson, Lucy Clifford, and other radical women writers of the fin de siècle. I also stress that Blind’s relationships with literary tastemakers like Rossetti and Garnett were instrumental, since Blind knew these men could introduce her to and influence the mostly male editors who published her work.

Cassidy’s review, subtitled “The German feminist who found a place in Victorian London,” is the first full-length review of my biography–and a welcome one.